Kathryne Hall
Kathryne Hall
TUBISMS:CARS
A 5-month long public performance and installation art series in NYC in 2007. Dressed in mechanic’s coveralls, assistants and I approached cars and uncoiled fifty feet long tubes from within them before twisting the tube through the cars’ structure. Each installation was up for 2 hours while I recorded reactions.

Viewer comments and installation video below. 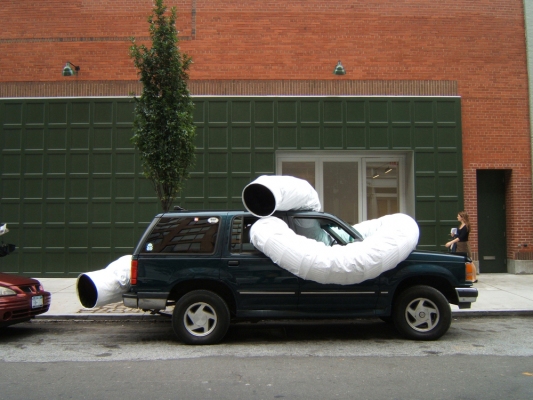 “Is that Art? I knew it was Art!”
“I hate cars, so I’m happy to see them being abused.”
“It’s a living organism.”
“Are you trying to kill someone in that car?”
“Can you drive the car like that?”
“It’s like a wormhole from that movie “Donnie Darko”. I feel like if I climb in one end I might come out the other in another world.”
“Do you need help getting that thing in or out of your car?”
“Why didn’t I think of that first?”
“Oh, it’s prank to cause cognitive dissonance with the general public.”
“Is that the new airbag?”
“Is that something to do with Quantum Physics?”
“Call the police, it’s a suspicious package.”
“At first I thought a wealthy Russian had bought a fancy ventilation system for their dog to sit in the car!” (Heard on Madison Avenue)
“I think it’s a hospital life-support system for the car.”
“They look like arms embracing the car.”
“Pulsing”
“I keep thinking of those “snake in a peanut can” prank toys.”
“It’s like the car is getting pierced with these tubes.”
“It’s about suicide. An exaggerated cry for help.”
“Makes me think of home.”
“Is someone trying to commit suicide?”
“Hey, I like it!”
“It’s a breach of security.”
“Industrial air ducts.”
“It’s a joke on sustainability.”
“Fuck Yeah!”
“Do they know what they’re doing with those tubes?”
“Excess”
“Intestines”
“Nice to see work that isn’t part of a gallery.”
“I like the contrast between movement and stillness.”
“Roller Coasters”
“Soap Suds”
“It’s a Superhero’s car that is transforming to do something magic.”
“Suction cups”
“Sexy”
“Tube…it’s a loaded term.” 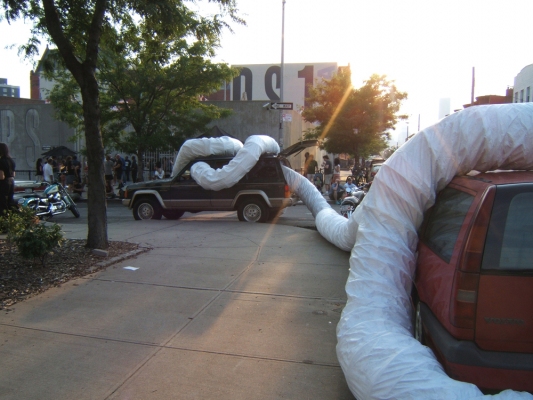 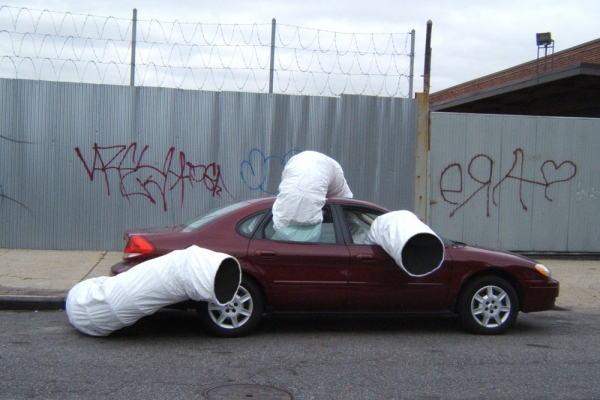 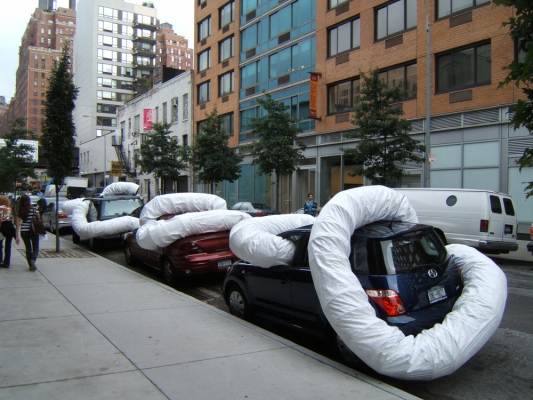